Katherine Ellen Foley @katherineefoley is a health and science reporter with Quartz based in Washington, D.C and also contributes to other print and online magazines such as Nature. She studied science, tech and international affairs at Georgetown University’s School of Foreign Service. We noted her work a while back whilst perusing Quartz for a client. Katherine also has her own blog – which in itself is beautiful writing.

Your elevator statement – who are you professionally and personally? 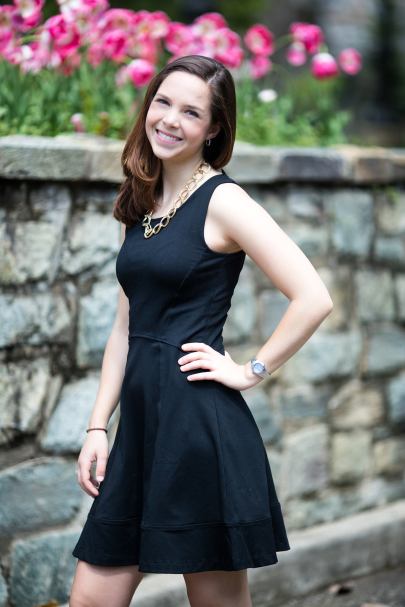 I’m a science writer for Quartz, where I cover topics including contagious cancer in the animal kingdom, the science behind kissing, the Zika virus, and everything in between.

Tell us about your typical day in communications/workplace?

I’m not sure there is a typical day! Most mornings, I pitch and write a quick story about something I’ve scouted the night before. After I pass it off to an editor, I’ll either look for more stories to cover in the afternoon, while taking breaks to answer any of my editors’ questions about the piece. Later in the day, I work on longer term projects, or hunt for things to cover the next day. However, typically during all of this, I’m constantly emailing and calling sources. Sometimes, I’ll leave my desk entirely and go out to a nearby site to report in the field.

When did you first know you wanted to write?

I’ve always known I wanted to be a writer, but I didn’t consider science writing until my junior and senior years of college. I was attending Georgetown University’s School of Foreign Service, and I had initially thought I wanted to go into science policy and diplomacy; however, I found that my real passions lie in communicating science and health information to a large audience.

Which tools can’t you live without?

I rely heavily on a good WiFi connection and my laptop, both in the office and if I’m traveling for reporting. That said, I do keep an old-fashioned notebook where I jot down story ideas and keep track of my day-to-day workload.

What are the biggest challenges in your role?

The biggest challenge I face is diving into a topic I’m less familiar with and developing a deep enough understanding of it so that I can communicate it to readers in an accessible way. Sometimes, it will take me hours to go through a scientific manuscript before I feel comfortable with the material. If I have further questions, I get in touch with the researcher. These researchers are busy, and sometimes take a longer time to respond to my queries, which requires me to be efficient with the time I take to write the story after speaking with them.

What’s been the biggest change to communications/publishing/media since you began your career?

With digital media continuing to dominate in the journalism space, I have to learn when to opt for more traditional avenues of reporting (like text and photos) and when to create something in a different medium, like interactives or with video. There are many ways to tell a story and some work better than others on different devices. Making the sometimes difficult material I report on exciting and easily accessible is my goal and passion and I know I’ll continue to learn and grow how I do that.

I love telling people that I work for Quartz; I’m really proud about all of the stories we do, because I think that our writers produce really smart, understandable content about finance, tech, culture, and science and health. I am also extremely proud of the events we put on, as well as our iPhone app—I think the Quartz team is constantly looking for new ways to engage their audience.
What book/blog/magazine do you think every good communicator should read?

I’m a big fan of theopennotebook.com. It’s a blog about science writing specifically, but it features great posts about best practices in pitching stories, researching, reporting, writing, and working with editors, all of which I think are applicable to any beat in journalism.

What tips do you wish you’d known starting out in communications?

I think that the most important skill in journalism—especially science writing—is being able to balance confidence and humility; I think that writers should know when they don’t know the full story and need to learn more, and when they’ve become well-versed enough in a topic to write about it with authority.